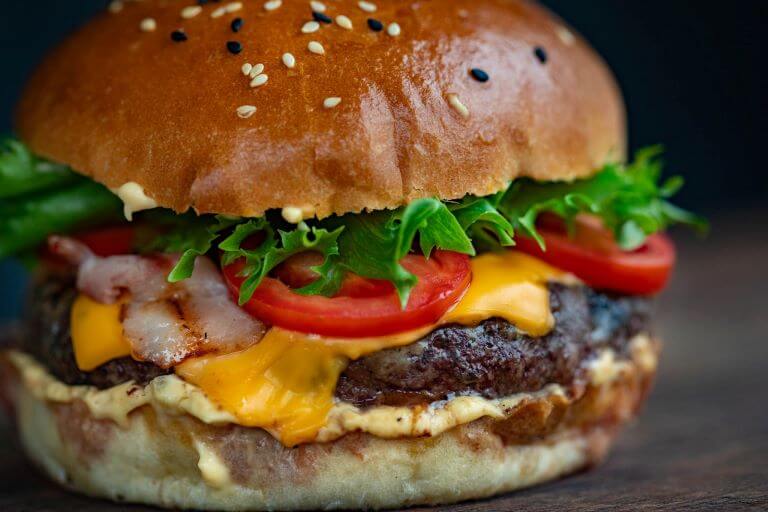 WHERE’S THE BEEF, CHICKEN, PORK, AND FISH? PLANT-BASED PROTEIN ALTERNATIVES ON THE RISE

According to Facts and Factors, the global plant-based meat market was estimated to be $3.77 billion in 2019 and is expected to reach $9.43 billion by 2026, with a CAGR of 14%. In 2012, Beyond Meat pioneered the plant-based meat trend with the launch of frozen Beyond Chicken Strips, which were discontinued in 2019. The company’s focus is on fresh plant-based protein alternatives such as their Burgers, Beef, Beef Crumbles, Meatballs, and Sausage. Impossible Foods followed in 2016 with the debut of The Impossible Burger served at quick-service restaurants (QSR). In 2019, Impossible Foods introduced Burger Patties in grocery stores. In 2020, Impossible Sausage rolled out to QSRs nationwide.

Companies are engineering plant-based meat alternatives formulated with a variety of ingredients such as Mycelium, heme (fermented genetically engineered yeast), and pea protein. Gardein, a brand of Conagra Brands, Inc., offers the Ultimate Plant-Based Burger made from pea protein. Juicy Marbles debuted a plant-based Filet Mignon made with Meat-o-Matic Reverse Grinder 9000, a patent-pending machine, and sunflower oil for marbling. In the Philippines, Century Pacific Food has rolled out unMEAT, a new line of plant-based meat alternatives including Meat-Free Burger Patties, Hungarian Sausages, Nuggets, and Minced Meat. In October 2019, Air Protein announced it had engineered a process to produce meat out of air. At the beginning of this year, Air Protein raised $32 million in a Series A to commercialize air-based protein to make meat analogues including poultry, beef, pork, and seafood. The people behind Veggie Grill, opened Stand-Up Burgers, a new 100% plant-based fast-casual restaurant located in Berkeley, CA. Two locations are set to open in Chicago in late spring.

In 2018, Simulate released Nuggs, dubbed as “The Tesla of Chicken.” The alternative meatless “chicken” nuggets are made from advanced soy protein technology. Over the last three years the brand has improved the formula and the latest is Nuggs 2.0. Additional products in the brand’s portfolio include Discs and Spicy Nuggs. In March, Nuggs announced the limited pre-release of Dino Nuggs. Last year, Gardein debuted a line of Gardein Soups, featuring plant-based meat alternatives, which are Non-GMO Project Verified and Vegan Action Certified. Plant-Based Chick’n Noodl’ and Plant-Based Chick’n & Rice are two of the five varieties. Prime Roots has launched a vegan ravioli line in five flavors: Bacon and Butternut Squash, Chicken and Black Truffle, Chicken, Pesto, and Sun-Dried Tomato, Italian Sausage, and Lobster. The vegan meat and seafood ravioli is made with Koji. Texas-based Project Pollo is “a mission-driven vegan chicken shop,” which features vegan Chikn versions of classics such as sandwiches, strips, and wraps. The QSR is set to open 12 locations in 12 months with up to 100 shops planned by 2024. In February, Rival Foods, a German startup that produces plant-based meat, announced a partnership with Livekindly Collective to develop plant-based chicken products. In March, Vegan Fried Chick*n (VFC) secured a $3.4 million in seed funding from Veg Capital to scale up production and accelerate growth in the UK market.

Pig Out On Plant-Based Pork Protein

According to Future Marketing Insights, the global plant-based pork market is projected to increase at CAGR of 20% between 2020 and 2030. In 2020, Beyond Meat added Beyond Breakfast Sausage Patties and Beyond Breakfast Sausage Links to its retail line. In January, Jimmy Dean joined the fray with the launch of two plant-based patties: Plant-Based Patty, Egg & Cheese Croissant Sandwich and Plant-Based Patty & Frittata Sandwich. The patties are made from a blend of soy protein and animal-derived egg whites. Greenleaf Foods, Maple Leaf’s plant protein division, introduced the plant-based Field Roast Signature Stadium Dog made from pure pea protein offered at select Wienerschnitzels in California, Texas, and New Mexico. In July 2021, Barvecue, producers of wood-smoked, plant-based barbecue, is launching Carolina Smokehouse, the world’s largest plant-based smokehouse. The brand currently offers Barvecue’s Pulled BVQ (with original sauce), Chopped BVQ (gluten-free) and Naked versions of both (lightly seasoned, no sauce).

Vienna-based Revo Foods, formerly known as Legendary Vish, developed “the world’s first 3D printed smoked salmon,” which is plant-based and said to consist of only 11 ingredients. The Plant Based Seafood Co. offers plant-based seafood in Mind Blown Coconut Shrimp, Crab-like Crab Cakes, Dusted Shrimp, Dusted Scallops, and Shrimp. The newest product is Mind Blown Lobster and Crab Cakes, which just launched. Thai Union recently launched plant-based Crabcakes and Dim Sum, in the foodservice sector. The brand has a plant-based Shrimp Tempura in the pipeline, which is expected later this year. Supermarket chain, Trader Joe’s, has revealed it is working on plant-based seafood, which was announced on its Inside Trader Joe podcast earlier this year. In January, New Wave Food announced it completed an $18 million Series A round of financing to launch a plant-based shrimp made of sustainable seaweed and plant proteins marketed to restaurants and foodservice. The company has plans for future products including lobster, scallops, and crab.

Plant-based protein alternatives including meat, chicken, pork, and fish are a hotbed of innovation and will continue to launch to meet consumer demand. According to a report by the Boston Consulting Group (BCG) and Blue Horizon Corporation, new research suggests that by 2035 every tenth portion of all meat, eggs and dairy products eaten across the globe will be from an alternative protein source. In addition, plant-based alternative proteins are anticipated to achieve parity by 2023, while those based on microorganisms (proteins made with bacteria, yeasts, single-celled algae or fungi) by 2025, and those based on animal cells by 2032.

PreviousCANDLES LIGHT UP – NEWEST ACTIVITY IN CANDLE LAUNCHES
NextOH, BABY & KIDS THE CLEAN PRODUCTS YOU WILL USE