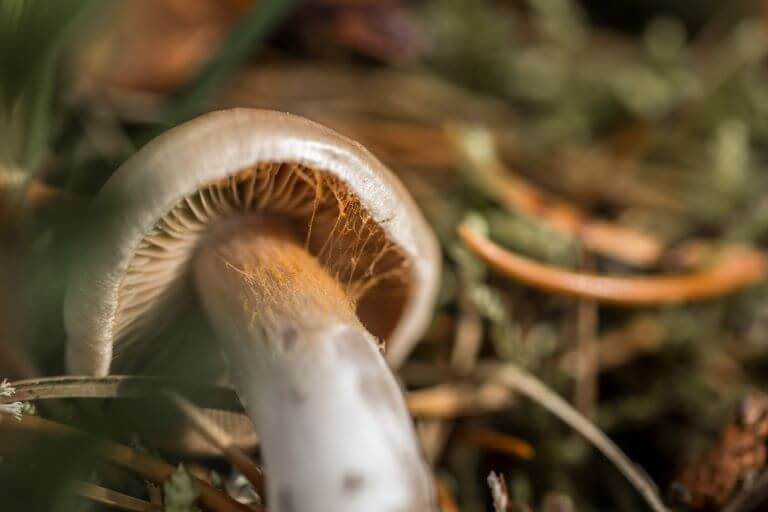 NOT A FUNCTIONAL MUSHROOM FAN? WHY YOU SHOULD BE – MYCELIUM EMERGING

Mushrooms are spore-bearing fruiting bodies of a fungus. You may not be a mushroom fan, but you should be after you realize their numerous and functional uses. Many mushrooms are edible with rich nutrients and medicinal properties. Adaptogenic Mushrooms such as Reishi, Chaga, Cordyceps, and Lion’s Mane have been sprouting up in food and beverages because of their functional, immune boosting properties. According to Industry Research, the global functional mushroom market is worth $23 billion this year with an expected CAGR of 5.6% over the next five years. The newest functional ingredient emerging is Mycelium, which is the fast-growing root structure of mushrooms. Mycelium is garnering attention because it is a sustainable ingredient appearing in plant-based meat substitutes as well as packaging design.

Mushrooms Are Sprouting Up In Food & Beverages

Plant-based everything is the rage and meat substitutes are no exception. Mycelium, mushrooms’ key functional ingredient, is being used in a variety of vegan meats. It is liked because mycelium grows quickly and mimics the muscle tissue of meat. Atlast Food Co., a division of Ecovative Design, has developed a method of creating three-dimensional, whole cuts of plant-based meat using mycelium. According to the company, “The easiest way to describe it is that we’ve created programmable mushrooms. We can grow meat-like mushroom tissues in gourmet sheets with various textures and structures at commercial scale in just nine days.” Atlast is the parent company of MyEats and the brand’s first commercial product is MyBacon, which is vegan bacon, free of gluten, GMOs, and nitrates.

Like Atlast, CO-based Meati Foods is creating whole cuts of steak and chicken using mycelium. “The company brews mycelium inside fermentation tanks then blends the high-protein fibers, which resemble those found inside chicken breasts and steaks, with other vegetable-based ingredients and spices before forming them into vegan meat.” In May 2020, to test market its product, Meati secretly launched its vegan steaks at SALT Bistro in Boulder. The vegan fungi-based steak was served in the Bahn Meati Sandwich, which is now an exclusive staple on their lunch menu. The first consumer product is Meati Fungi-Based Chick’n that features 16 grams of complete protein.

Mycelium-based packaging materials are biodegradable and gaining popularity in sustainable design in consumer packaged goods such as beverages, personal care, and candles. Seedlip worked with the Magical Mushroom Company and in November 2020 launched a gift set made from bio-mass and mycelium that is biodegradable and homecompostable. UK brand Wildsmith Skin offers a line of natural, high performance skincare. The brand’s Active Repair Copper Peptide Duo For The Face is packaged in a compostable box made with mycelium, corn and barley husks. Shrine’s signature arch shaped candle package is made from Ecovative’s mushroom packaging. Grasse based brand Amen released a collection of seven non-toxic, vegan wax candles. The candles are sustainably packaged in a porcelain vessel and a plastic-free and recyclable, carbon negative circular biodegradable mycelium box. A notable product is the Grow it Yourself Helmet, which is made from hay and mycelium and is compostable, breathable and impact resistant designed by Nos and Polybion.