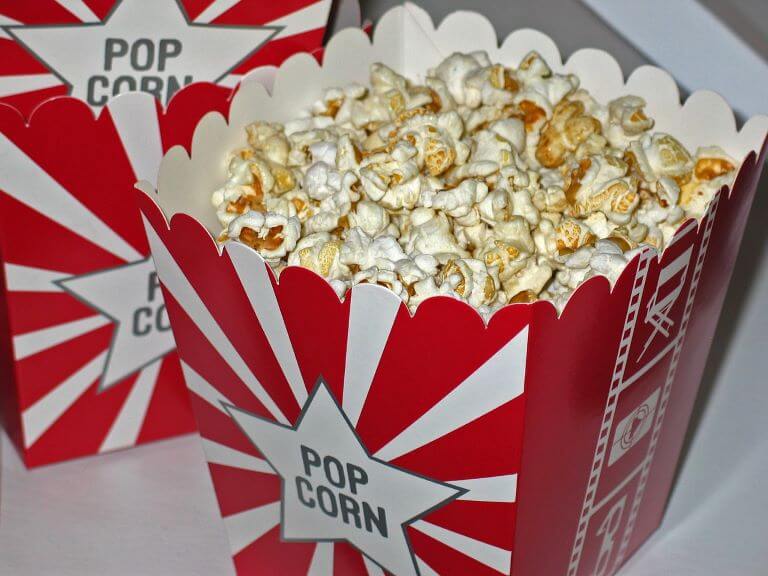 In 2007, popcorn received a bad rap because of its link to lung disease driven by Diacetyl, the ingredient found in microwave popcorn to create the buttery aroma and taste. At the time, popcorn manufacturers responded and reformulated their recipes, but the ingredient continues to be used in the food industry. Most recently, Diacetyl made headlines for being linked to Alzheimer’s disease from a study by the Center for Drug Design at the University of Minnesota. Even with the negative press, popcorn is a mainstay, beloved snack and movie staple. According to The Popcorn Board, “Americans consume 16 billion quarts of popped popcorn annually.” October is National Popcorn Poppin’ Month and the sweet kernel is popping up in new applications, intriguing gourmet savory flavors, sophisticated desserts, specialty shops, and alcoholic beverages.

Latest Innovations…Orville Redenbacher’s newest product innovation is the Pop Up Bowl, which highlights a bag- to-bowl microwave design that stands up and resembles an old school movie popcorn package with red and white stripes. It’s available in three flavors – Sea Salt & Vinegar, White Cheddar, and Extra Cheese. Flavor Singles is another new application from Orville Redenbacher. The microwave popcorn comes with a flavor packet that enables users to sprinkle as much or as little extra flavor on their popcorn. Newcomer Quinn Popcorn formulated a compostable, microwavable popcorn bag made with a special pressed paper to make it grease proof. The company uses organic and GMO free popcorn and the package includes two flavor pouches, one with dried seasoning and one with expeller pressed oil formulated to be used after the popcorn is made. Quinn Popcorn is offered in three flavors – Parmesan & Rosemary, Vermont Maple & Sea Salt, and Lemon & Sea Salt.

Traditional, individual popped corn kernels continue to dominate the market, but popcorn chips are emerging as the newest product form. Pop Corners are popped corn chips with a witty tagline “The New Shape of Popcorn” and Kellogg’s recently introduced Special K Popcorn Chips in two flavors Butter and Sweet and Salty, which are baked instead of fried and are described as having “a unique crunch and texture.” Halfpops are partially popped popcorn available in two flavors Butter & Pure Ocean Sea Salt and Aged White Cheddar.

Popcorn Inspires Drink Flavors…Flavored vodka continues to take its cues from popular sweet and savory foods and buttered popcorn is one of the newest flavors. 360 and Georgi both recently unveiled Popcorn flavored vodkas. Sun King Brewery offers Popcorn Pilsner, a seasonal brew made from German Pilsner and two pounds of Indiana grown popcorn per keg, available only in June. A noteworthy non-alcoholic drink is David’s Tea Movie Night, which blends green tea, apple, and popped corn.

Watch as this beloved salty and sweet treat pops up in new gourmet flavor combinations, new applications and alternative flavor and fragrance segments.