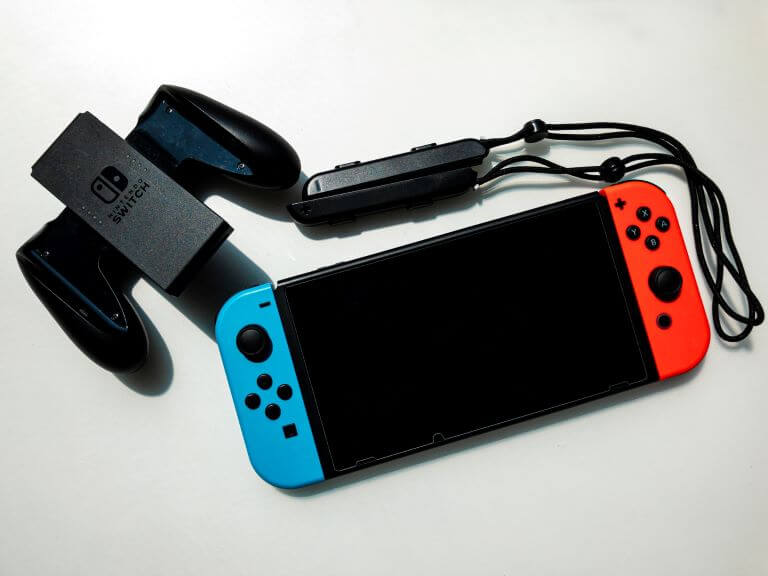 Television shows and movies used to be the king of product placements and brand integration. Now video games such as Animal Crossing, Fortnite, and brand specific games are alternative ad networks that brands are using to reach consumers and launch new consumer products. For example, Fortnite has partnered with a variety of brands for in-game content such as exclusive Fortnite outfits from Nike Air Jordan x Fortnite collection. In addition, Fortnite has been hosting virtual concerts such as Travis Scott, Marshmello, and most recently Diplo. Driven by COVID-19, quarantine has made virtual worlds even more important and brands are capitalizing on this and getting creative using these unique digital advertising platforms.

Nintendo’s Animal Crossing social simulation video game series allow users to create a home and interact with animal villagers. Consumer packaged goods brands such as Gillette and Hellmann’s have partnered with Animal Crossing to virtually launch new products and a food drive. Even politics and entertainers have entered the fray with campaigns and music videos in Animal Crossing.

Gillette has launched its new Skinclusive Summer line by Venus virtually on the Animal Crossing game with 19 different skin types and more than 250 designs of common skin conditions such as freckles, acne, hair, cellulite, scars and stretch marks. To celebrate the launch as well as National Beach Day, the brand hosted an Animal Crossing event on YouTube live on Aug 31, 2020. Hellmann’s Canada, the condiment company owned by Unilever, has partnered with Animal Crossing: New Horizons, the newest series for a virtual food drive for the Canadian charity, Second Harvest. Turnips can be sold in the Animal Crossing: New Horizons game and if they aren’t sold within a week, they spoil and will be useless. From August 17 – 21, 2020, players were able to travel to Hellmann’s own Animal Crossing island and donate their spoiled turnips. For every virtual turnip donated, Hellmann’s donated a real meal to Second Harvest food bank with a goal of donating 25,000 meals. In addition, players could take a tour of Hellmann’s five star island, shop for free merchandise such as mayonnaise T-shirts and be in a photo op. The Biden-Harris campaign has entered Animal Crossing and now players can add four official Biden-Harris campaign sign designs to their island yards. Sylvan Esso, the American electronic pop duo, released a new version of their music video for “Ferris Wheel,” recreated within the Animal Crossing game. The song is the lead track from their forthcoming album Free Love, which debuted on September 25, 2020.

TikTok, the Chinese video-sharing social networking service, has become the en vogue platform for brands to capture new customers. It appears that younger consumers have an attention span of a gnat and quirky 15-second videos seem to captivate this audience. Softsoap, e.l.f. Cosmetics, and Addison Rae are the most recent consumer packaged goods brands to take advantage of TikTok as a digital platform.

Softsoap, a Colgate brand, not known for their social presence, joined TikTok this May with its #SoapBop challenge. In response to the COVID-19 pandemic, Softsoap reminded users to wash their hands for 40 seconds to keep them safe and clean and encouraged TikTok users to make videos showcasing a repeated routine with soap and water to the song #SoapBop by Madilyn Bailey, created exclusively for the challenge. Beauty brand e.l.f. Cosmetics was a TikTok early adopter and is known for their 2019 viral campaign, which consumers contributed 5 million user-generated videos. In August 2020,  e.l.f. Cosmetics launched Eyes. Lips. Famous., its first-ever TikTok reality show. Beauty influencers Avani Gregg, Madi Monroe and Seth O’Brien chose three finalists who submitted a TikTok video showcasing their make-up skills. The winners won a $5,000 brand sponsorship with e.l.f. Cosmetics to represent the brand on TikTok and an opportunity to attend a month long e.l.f. Beauty Camp. TikTok star Addison Rae launched Item Beauty with Madeby Collective. The clean beauty product line features six cruelty-free and vegan-friendly products, which are dermatologist-tested and “formulated with science-backed ingredients and are free of parabens, phthalates, talc and mineral oil.” Luxury fashion brand Louis Vuitton is the newest entrant to join.

Brands such as Gucci, Primark, 5 gum, Mars Wrigley and Ferrara have been creating their own brand specific games and in-game content to garner consumers’ attention.

Last year, Gucci launched a Gucci App with Gucci Arcade, which offers a selection of games inspired by vintage video games. For Gucci Bloom’s newest campaign, the brand debuted a Gucci Bloom game. Players choose an avatar, which is based off on the four women who are featured in Gucci Bloom ads including Anjelica Huston, Florence Welch, Jodie Turner-Smith, and Susie Cave. Players enter a mysterious garden and use a fairy dust light beam to make the blossoms bloom. This year, Gucci featured its designs on Drest, the styling game, as well as  Aglet, the sneaker-themed app. In addition, in September, Gucci added Gucci Sneaker House to its Gucci Arcade, which is an experimental virtual sneaker app that enables customers to virtually create their own sneakers. Primark, the fast fashion retailer, has introduced Primark Legends, a mobile gaming app, which is described as “a fun, fast-paced shop assistant simulator” that lets gamers help customers find outfits, straighten shelves, clean up spills and stock the shop.

5 gum has partnered with Square Enix and Crystal Dynamics on new in-game content for Marvel’s Avengers recent video game. In August, with the purchase of every 5 gum promotional pack, Marvel’s Avengers players receive a code inside the package. The first code redemption gave players 5 gum Marvel’s Avengers name plates and subsequent codes unlocked items to enhance their Heroes within the game. At the beginning of October, in honor of Halloween, Mars Wrigley released Treat Town, a digital platform designed for virtual trick-or-treating. The game allows people to redeem credits for iconic candy such as M&M’s, Snickers, Twix, and Skittles and pick up at U.S. retailers including Walmart, Target, and CVS. Ferrara and Sony Pictures’ Ghostbusters brand collaborated on a Haunted Candy Hunt ghost-hunting Augmented Reality game. Players use their phones to troll around their living rooms, kitchens and backyards in search of the Slimer ghost and Sweeter the Ferrara candy ghost, a new exclusive character. Users can capture the ghosts virtually for the chance to win weekly prizes and a Sony Home Theater Package as the grand prize.

Inspired by video game culture, brands are launching a variety of products such as an adventure game with a cultural perspective, ice cream, cereal, and athletic wear to engage consumers.

Oregon Trail, the popular retro educational 2D adventure game that allows players to make choices and follows a white settler family’s 1848 migration from Missouri to the West Coast, has been adapted by video game designer Elizabeth LaPensée. When Rivers Were Trails adaptation takes place in 1890 and is from a Native American perspective on westward expansion and follows an Anishinaabeg person trekking from Minnesota to California after being forced to leave their land.

To release Häagen-Dazs’ Rum Raisin mini cups in Japan, Häagen-Dazs Japan produced a Moon on the Spoon anime ad. The ad features a shojo anime-style character design with a woman and her cat on her balcony.  The woman takes a break from reading and opens her ice cream, taps it with her spoon, and realizes it is to hard to eat. She notices the reflection of the moon in the spoon and takes a minute to admire the moon as the Rum Raisin ice cream softens.

Kellogg’s launched a limited-edition Minecraft Creeper Crunch Cereal highlighting cinnamon-flavored bites and green marshmallow squares. Each box of cereal included a unique code that unlocked one of 10 in-game clothing items that are normally only available by purchase. Champion Athleticwear brand unveiled the Gamer Collection, a line of apparel dedicated to gamers. The line includes a pullover hoodie, full zip hoodie and fleece pants with odor control technology for long wear. The patent-pending hoodie features an oversized hood that can be worn over headsets, narrowed sleeves, a rib cuff, and pockets lined with micro-fleece. Longchamp launched the Longchamp x Pokémon bags with the Pikachu mascot in the Le Pliage collection in four styles.

Get your game on. Go AFK and let Trendincite LLC level up your marketing with a custom-designed virtual trend excursion, an addictive marketing presentation, a glitch-free blog post or an entertaining webinar with Amy Marks-McGee as a guest speaker.

PreviousSUMMER SIPPING: PINEAPPLE IS THE HOTTEST BEVERAGE
NextSUSTAINABLE DEODORANT PACKAGING YOU NEED TO KNOW ABOUT