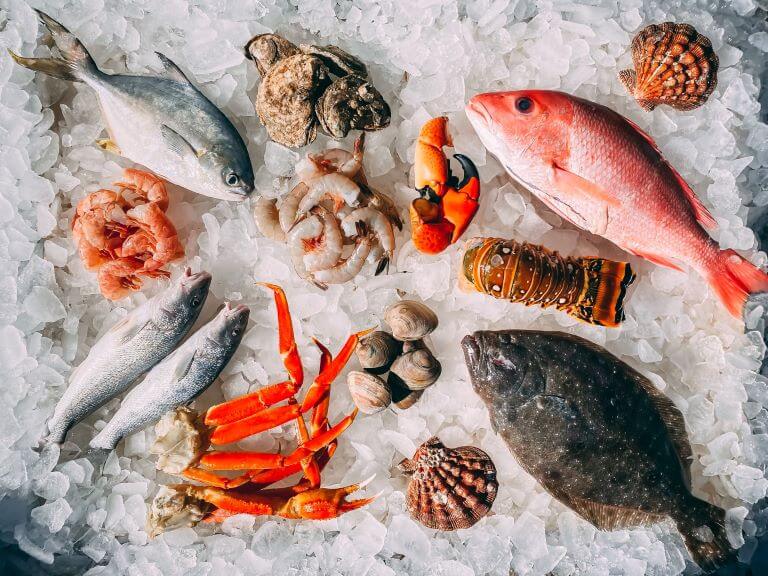 Whether it’s plant-based milk or plant-based meat, plant-based food and beverages continue to trend. In addition to meat-based protein, consumers are eating fish and seafood. According to IRI and 210 Analytics, fresh seafood sales rose 4% in 2021 compared to 2020 and 30.8% versus 2019, reaching $7.1 billion. Although nascent, alt-seafood sales in the US grew by 23% in 2020 compared to the previous year and reached $12 million, according to the Good Food Institute (GFI). The industry is expected to reach $1.3 billion in the next decade, according to Maarten Geraets, Managing Director of Alternative Proteins at Thai Union. The United Nations Food and Agriculture Organization (FAO) reported that 34.2% of fisheries are overfished. According to abillion, the demand for vegan seafood alternatives is soaring with 78% of consumers keen to try alt seafood products. GFI’s research found that 42% of consumers found plant-based seafood appealing and 43% would consider purchasing it in the future. Like other sustainable food initiatives, the latest activity in plant-based innovation is alternative seafood and fish including tuna, salmon, fish, and crab cakes.

Canned tuna is an American staple. According to the National Fisheries Institute, Americans eat about 1 billion pounds of canned and pouched tuna every year. Just like plant-based meat, chicken, and pork alternatives, plant-based fish and seafood have arrived with a variety of plant-based tuna analogs.

Recently, Good Catch’s flagship tuna line debuted at Sprouts Markets nationwide. According to the brand, the Naked in Water variety can be used as a 1:1 swap for traditional tuna. Similarly, Vegan tuna alternative TUNO in Thai Sweet Chilli and TUNO & Mayo will be available at 500 Co-op stores in the UK. Brazilian alt-meat brand Fazenda Futuro announced plans to launch a tuna alternative, the company’s first plant-based seafood product. The alt tuna has been fortified with algae oil to make it a good source of omega 3 fatty acids. Alt-seafood startup, Impact Food from the University of California’s Haas School of Business, is creating a plant-based raw tuna, which replicates the flaky, delicate texture of the conventional variety.

According to IRI and 210 Analytics, over the past year, salmon sales grew 10.7% to reach nearly $235 million, for the 52 weeks ending November 28, 2021. Fresh salmon accounted for 34% of all fresh seafood sales, which is equivalent to 56% of all new seafood dollars in 2021. As seen from the statistics, salmon is a well-liked and popular fish. Now plant-based salmon is available.

Vivera introduced Plant-Based Salmon Fillets, which were created with wheat proteins and added omega-3 fatty acids to offer similar nutritional values as salmon. According to the brand, the vegan salmon fillets are less expensive than the cost of real salmon. Israeli startup Plantish has unveiled a whole-cut, fully-structured, boneless plant-based salmon prototype formulated with a mix of legume proteins, plant-based fats such as algae oil, and other binders. It is said that the taste, nutrition, and complex texture rivals that of conventional salmon. It is expected to launch by the end of the year.

In addition to tuna and salmon, other plant-based fish and shellfish alternatives are in the pipeline. Fish Peas by Karavela is a plant-based canned seafood range developed with yellow pea protein offered in three product types are Salads, Spreads, and Flakes. Handy Seafood, the oldest seafood processor in the US, released the Plant-Based Crabless Cake, the company’s first vegan product. Sophie’s Kitchen offers a portfolio of plant-based chilled, frozen, and shelf-stable pea-based seafood analogs. The newest launch is Plant-based Frozen Burgers in Original Whitefish, Original Salmon, Mango Jalapeno Whitefish, Mediterranean Whitefish, Miso Salmon, and Spicy Salmon varieties. Greenland Seafood has developed a range of frozen plant-based fish alternatives such as Fish-Free Fingers, Burgers, and Fish Cakes, made with rice protein for a flaky texture. Alt-seafood startup Aqua Cultured Foods developed Calamari Fries made from mycoprotein fermentation while alt-seafood company Jinka is working on frozen Pre-Cooked Plant-Based Calamari with a tempura-batter.

GFI reported that alt-seafood companies globally raised $116 million in the first six months of 2021, which surpassed the entire 2020 figure. Consumers’ appetite for plant-based food and beverages is not slowing down. Consumers’ environmental and ethical concerns as well as their interest in variety, will lead to more innovation in plant-based fish and shellfish alternatives.