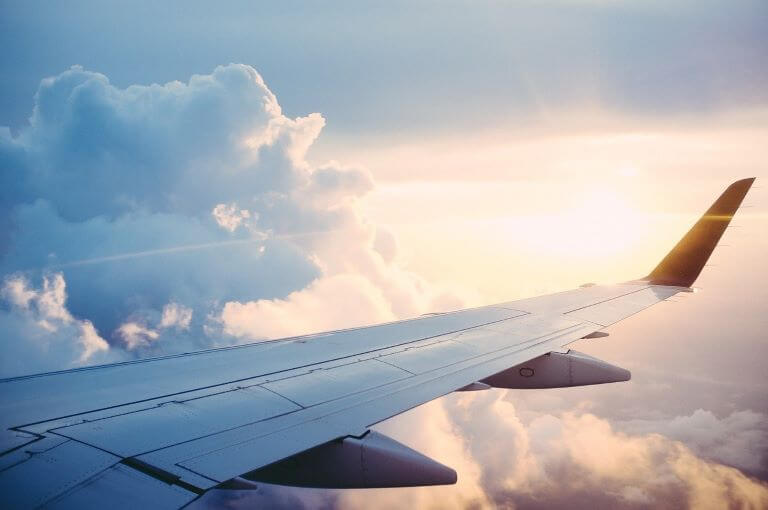 To capture consumers’ attention, the travel and hospitably industry has been using interactive themed experiences. Due to COVID-19, travel has been restricted and individuals are focusing on accessible destinations. In response, motels, hotels, Airbnbs, airlines, and brands are launching domestic, unique hospitality experiences. For those that cannot travel, snack brands are creating flavor experiences inspired by travel and local cuisine while fragrance brands are creating scent experiences inspired by city destinations.

The Roxbury Motel in Roxbury, NY offers unusual themed rooms based on movies such as Cinderella and Wizard of Oz and TV shows such as Bewitched and Gilligan’s Island. The Cinderella-inspired motel room dubbed “Cinderella’s Gown Room 42,” has “glistening chandeliers, gold accents, and hand-painted pumpkin vines” as well as giant pumpkin carriage bathroom. The “Wizard of Emeralds Room 21” is inspired by Wizard of Oz and features a yellow brick road that divides the room and runs up a hand-painted mural depicting the sparkling lights of the Emerald City. The room is adorned from floor to ceiling with glittering green and gold accents. In honor of the Fresh Prince of Bel-Air sitcom’s 30th anniversary, Airbnb in Los Angeles offered an extremely limited listing of “Will’s wing” of the mansion for five one-night stays in October. UMUSIC Hotels by Universal Music announced the launch of three “music–based experiential properties” in Atlanta, Orlando, and Biloxi. For example, UMUSIC Broadwater Hotel in Biloxi, Mississippi is 266 acres and will feature a 12,000-capacity concert venue, a golf course, a marina, a 18,000 square-feet retail space, and a 125,00 square-feet casino. In response to COVID-19, Hilton debuted the “To New Memories” global marketing campaign based on “consumers’ desire to reconnect with the people and places they love.” According to a Hilton consumer survey, 89% of survey respondents say travel memories are some of the happiest of their lives, while 95% of survey respondents who travel are missing travel right now and 90% of survey respondents believe we are currently experiencing a travel memory deficit.

In October, Singapore Airlines opened Restaurant A380 @Changi, which was a limited-time dining experience onboard a grounded double-decker aircraft. For customers to “Discover Your Singapore Airlines,” the brand created a unique travel experience and had diners go through airport security to board the plane via jet bridge. Once on board, guests chose from a cabin class menu with either international cuisine or a Singaporean Peranakan menu and then were served by cabin crew. In addition, while eating, customers could watch in-flight entertainment and at the end of the meal they were given an airline goody bag. Singapore Airlines also released SIA@Home for customers “to recreate an inflight dining experience at their homes with 10 First Class and Business Class menus, complete with wine, champagne, and limited-edition dining ware to keep.” Natural Light aka Natty Light by Anheuser-Busch launched a contest for fans to win a “Natural Flight,” which will take off and land in the same airport. Dubbed as the “Nattified” aircraft, the plane features TVs, gaming systems, snacks, and Natty Light beer. To encourage domestic travel, Air New Zealand launched a “Mystery Breaks” package, which includes a round-trip domestic flight to any of the carrier’s 20 New Zealand destinations on both the North and South Island as well as a stay in an Accor hotel. The unexpected mystery is that passengers do not know where they are going until two days before departure.

Strada Parfumerie recently introduced four unisex fragrances “designed to capture the essence of four world-famous cities.” Inspired by Paris, London, Rome, and New York City, each scent is named after a famous street in the city. Avenue Montaigne is for Paris, Sloane St is for London, Via Veneto is for Rome, and 5th Ave is for New York City. Last year, Diptyque candle introduced City Candles, a series of city exclusive candles in nine scents: Berlin, Beverly Hills, Hong Kong, London, Miami, New York, Paris, Shanghai, and Tokyo sold exclusively at stores in their respective cities. In response to the travel restrictions due to COVID-19, Diptyque made all of its city exclusive scents available online for one week in September. Similarly, Le Labo offers a City Exclusive collection, which is “a series of fragrances inspired by the characteristics of a major city in the world” such as Amsterdam, Dallas, Dubai, New York, and Tokyo sold exclusively in each city. The newest edition is Seoul Citron 28, which rounds out the collection to 14 fragrances. For the month of September, the full range was available online.

No need for a passport or a driver’s license. Let Trendincite LLC custom design an off the beaten path virtual trend excursion, a travel-themed marketing presentation, a hospitable blog post or a guided webinar journey with Amy Marks-McGee as a guest speaker.