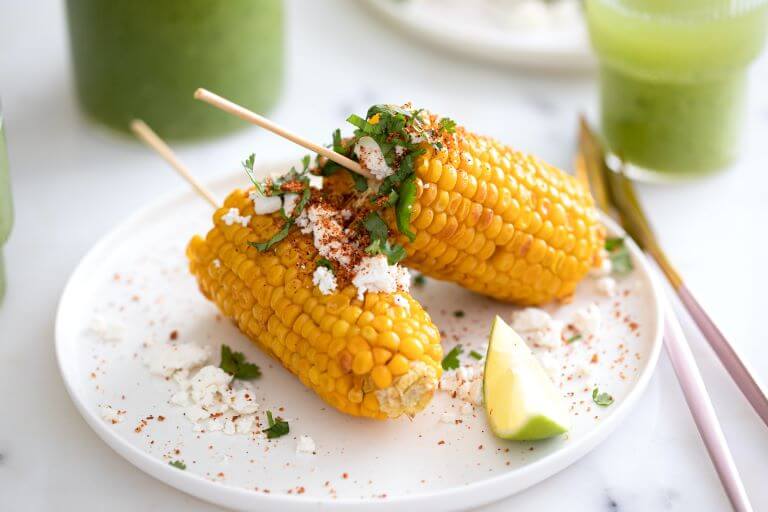 Elote, which means “corn cob” in Spanish, is Mexican street corn made with grilled corn on the cob topped with mayonnaise, cotija cheese, tajin, lime, and cilantro. This unique flavor is appearing in unexpected applications such as dips, snacks, and ice cream. According to Datassential, in 2020, Elote was found on only 2% of menus in American restaurants, but it has increased by more than 110% over the past four years.

Sweetgreen brought back the Elote Bowl as part of its late summer menu. A twist on the classic Mexican street corn dish, the Elote Bowl features roasted corn, peppers, heirloom tomatoes, shredded cabbage, cilantro, goat cheese, spicy sunflower seeds, tortilla chips, warm quinoa, arugula, and a lime cilantro jalapeno vinaigrette. ¡Yo Quiero! released an Elote Dip made of whole kernel corn, peppers, and authentic Mexican cotija cheese in Mild and Medium varieties. Pringles added Mexican Street Corn Chips “with roasted spice, citrus zest, and a little kick” to its portfolio for a limited time sold at select retailers such as Meijer, HEB, SEG, Hy-Vee, and ShopRite. Blue Diamond Almonds launched Elote (Mexican street corn) with the flavors of grilled sweet corn topped with chili pepper, cheese, and lime. Salt & Straw introduced The Veggies You Crave Series and Charred Corn Curd, Cotija & Tajin is one of the five ice cream flavors offered. It is “an ode to Mexican street corn, Elote, torched corn is blended into a curd and ribboned through a housemade mayo ice cream with a touch of lime and tajin, topped with crumbles of cotija cheese.” Not Elote, but an interesting collaboration is Taco Bell and Milk Bar’s new limited-edition Strawberry Cake “Bell” Truffles. It features vanilla cake filled with sweet corn fudge and strawberry pieces soaked in strawberry milk with an outside strawberry and sweet corn cake coating with small pieces of the Taco Bell crunchy shell.

Be on the lookout for Elote flavors appearing in a variety of unexpected applications.