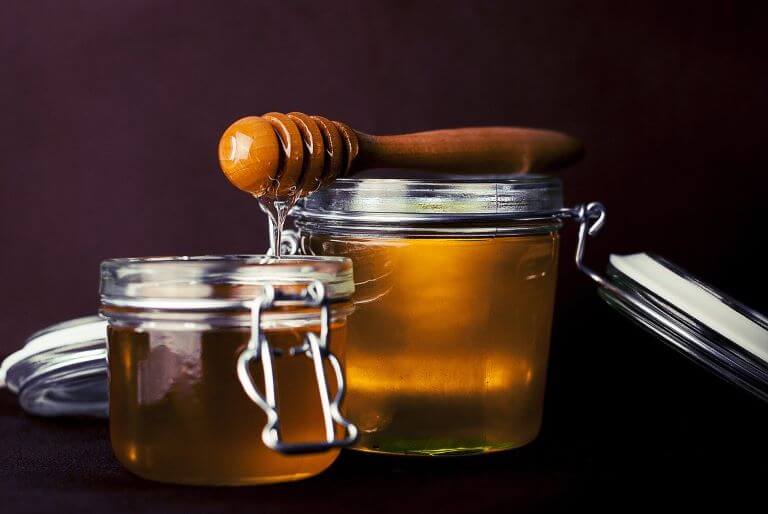 Sweet honey has long been utilized throughout history in a majority of cultures. Known as a healthful ingredient, honey is most commonly used as a natural sweetener and happens to contain 18 amino acids. Recognized for its medicinal and healing properties, honey helps treat infection, moisturize skin, soothe digestion, and aid sleep. It’s even been reported to help lessen symptoms of pollen-related allergies. Visions of bear-shaped bottles with clover honey are inspiring a crop of new honey products such as artisanal honeys, candies, cocktails and fine fragrances crafted with honey.

Honeycomb & Chocolate…Who needs sugar when you have honey? The London Candy Company carries UK’s Crunchies, a milk chocolate bar with a honeycomb center while Liddabit Sweets offers Honeycomb Candy, which the company describes as “local honey flavors a light, crisp and airy confection, bemoaned by many to be hard-to-find in the States.” For the holidays Vosges Haut-Chocolat highlighted a limited edition Volcano Island Honey Truffle Collection and Catskill Provisions featured “handcrafted bittersweet Chocolate Truffles infused with [their] Dark Fall Honey.”

Bee Pollen… Bee pollen is said to be a nutritious superfood and is being used in some unexpected places. Botanical Bakery uses hand-picked fennel pollen collected by wildcrafters in California for its Fennel Shortbread Cookies while Apotheke bar in NYC tops its Bee Knees cocktail with fresh bee pollen. In 2010, beekeeping was legalized in NYC and for interested amateurs, The New York City Beekeepers Association offers Urban Beekeeping courses.

In fine fragrance, the heart of Bond No. 9 Manhattan highlights “sweet honeycomb, made from the nectar of flowers” and the middle notes of Lady Gaga’s Fame is described as “a sensual accord of opulence, a fusion of dripping honey, saffron and apricot nectar.” Kiehl’s Aromatic Blends – Orange Flower & Lychee is “sweetened with a touch of honey” and By Kilian Forbidden Games’ bottom notes are “a sweet confection of Madagascar Vanilla, Laotian Honey and the spellbinding resinous oil of Opoponax.”

Expect to see this sweet and healthful ingredient stick around and continue to appear in a variety of consumer packaged goods across categories.

Are you in a sticky situation and need inspiration? Let Trendincite create a sweet buzz and custom-design a unique trend excursion to pollinate new product ideas.