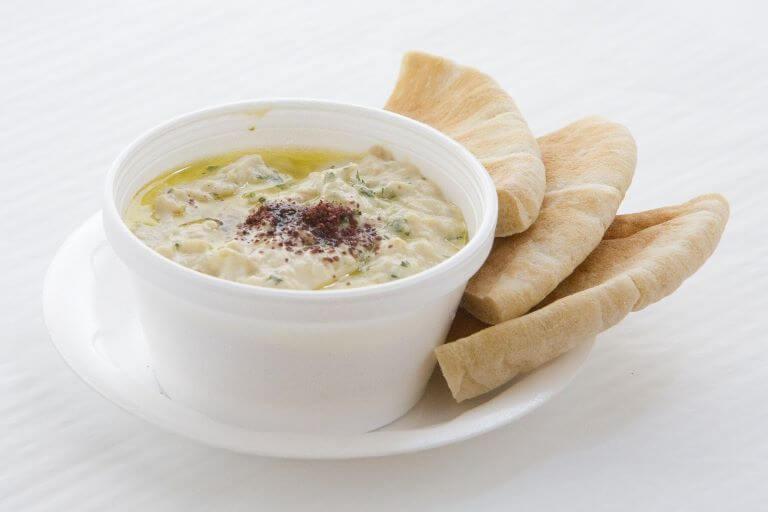 A TASTE OF MIDDLE EASTERN FLAVORS

The younger demographics continue to explore multicultural flavors. Middle Eastern flavors with an emphasis on Israeli-inspired cuisine and hummus are currently popular. Chickpeas also known as garbanzo or garbanzo beans originated in the Middle East and are a member of the legume family. Between 2014 and 2018, the humble chickpea market grew 6.5%, according to Market Watch.

Chickpeas are a main ingredient in hummus, a popular Middle Eastern dip and spread made with tahini (ground sesame seeds), olive oil, lemon juice, and garlic. Demand for Middle Eastern flavors has led to innovation in Fast-Casual Mediterranean restaurants, Hummusiyas, and consumer packaged hummus. A good example of hummus becoming mainstream, is the “How do you ‘mmus?” Sabra Super Bowl television ad, which aired on February 2, 2020. The ad featured TikTok star Charli D’Amelio with former professional NFL quarterback Boomer Esiason and 17 other pop culture personalities displaying how they eat their hummus.

Fast-Casual Mediterranean: According to Technomic, in 2018, there were about 34,800 fast-casual restaurants in the U.S. with sales of $47.5 billion. Fast-casual Mediterranean concepts that introduce customers to familiar and unfamiliar Middle Eastern fresh ingredients as well as customization are one of the latest restaurant trends.

Cava, the fast-casual Mediterranean restaurant chain based in Washington, D.C., is dubbed the “Chipotle of Mediterranean food” and has 80+ locations since its launch in 2011. In 2019, the brand purchased Zoe’s Kitchen, which operates 250 fast-casual Mediterranean restaurants. Cava was named number one for emerging restaurants on Fishbowl Analytics’ sixth annual 2019 list. The assembly-line format allows customers to create their own meals with a choice of bases such as Grain Bowls, Salads, and Pitas. Then customers choose dips and spreads such as a Jalapeno-infused Feta Mousse and Roasted Red Pepper Hummus, followed by a protein choice like Falafel, Grilled Meatballs, and Braised Lamb. To complete their order, customers select toppings such as Pearl Couscous and Mint and dressings like Zhug (Middle Eastern hot sauce) and Harissa Yogurt. SAJJ Mediterranean, the California-based fast-casual brand known for its customizable and healthy offerings, launched its 12th unit in San Bruno, California at the beginning of this year. The brand started as a single food truck and opened its first brick and mortar store in 2012. In addition to SAJJ Mediterranean’s signature Chocolate Hummus and Cinnamon Chips, the brand recently launched three Lifestyle Bowls: Keto Salad Bowl, Paleo Salad Bowl, and Double Protein Bowl. The Friendship Circle, a Fort Lauderdale-based nonprofit focused on adults and children with autism and Down syndrome opened its first restaurant in January this year. The Friendship Café is a fast-casual Mediterranean concept, headed by Israeli chef Yoram Getter and serves kosher Falafel Platters and Pitas, Vegetable Shawarma and Pastries. The restaurant has five full-time employees and six rotating workers with special needs. Zooba, an Egyptian fast-casual restaurant with six locations in Cairo, opened its first U.S. location in New York City’s trendy Nolita neighborhood in 2019. The fast-casual, street food-inspired restaurant focuses on Ta’ameya, a patty similar to falafel but made with fava beans instead of chickpeas, and Hawawshi, a beef patty, which is available in a variety of flavors and stuffed into pita-like Baladi bread. Egyptian-American Chris Khalifa and chef Moustafa El Refaey’s goal is “to popularize Egyptian food without Westernizing it.”

A Hummus Crawl: Snacking trends combined with better-for-you foods with a multicultural twist has made way for Hummusiyas, common Israeli eateries that specialize in serving hummus as a main dish.

In 2014, Chef Michael Solomonov and business partner Steve Cook opened Dizengoff, inspired by traditional Israeli Hummusiyas, in Philadelphia. The duo has been expanding their empire. In the fall of 2019, they opened another Dizengoff location in Franklin’s Table Food Hall at the University of Pennsylvania. Similarly, in 2018, DC chefs and owners Nick Wiseman and Ronen Tenne launched Little Sesame, a fast-casual restaurant dedicated to Hummus Bowls, Pita Sandwiches, and Dairy-free Soft Serve. In 2019, the partners opened a second Little Sesame location in Chinatown with plans for a third location in the works. For a limited-time, from October 11 through November 24, 2019, Sabra featured the Whirled Peas Hummus Pop Up in New York City at the Kish-Kash restaurant in the West Village. Collaborating with chef, cookbook author, and restauranteur Einat Admony, chefs Esther Choi, Jet Tila, Wes Avila, Deborah VanTrece, and Kwame Onwuachi were tasked to create a collection of original dishes featuring hummus with innovative flavor profiles. Dara Schwartz, the chef behind Darista Dips, which is a “world-inspired hummus line sold in more than 70 retail locations” will be launching The Darista Hummusiya in the new Budd Dairy Food Hall in Columbus, Ohio this spring. This trend is not specific to the U.S. For example, in Mexico City, as a nod to his Jewish heritage and his Israeli wife, chef Daniel Ovadía opened Merkavá Hummusiya & Jerusalem Kitchen.

Spread On The Flavor: According to Research Reports World, the global hummus market was worth $742 million in 2019 and is expected to reach $877.1 million by 2024, with a 3.4% CAGR. Hummus is a unique base for flavor innovation ranging from savory to spicy to sweet profiles.

Demand for Middle Eastern flavors, hummus, and Mediterranean cuisine is growing as younger, multicultural consumers look for new experiences. Israeli street food is currently popular with a focus on hummus. Other ingredients emerging are Falafel, a blend of mashed chickpeas and fava beans seasoned and deep-fried, Tahini, made from hulled sesame seeds that have been toasted and ground, and Labneh a creamy, soft cheese with a tang made from strained yogurt. According to Waitrose & Partners, the British supermarket, searches for tahini paste on waitrose.com were up more than 700% in 2019. Dataessential reported that Labneh has seen a 66.5% increase on U.S. menus over the past four years. Expect to see more Middle Eastern and Mediterranean-inspired flavors on menus and in consumer packaged goods.

Spring is quickly approaching. Let the sunshine in! No passport required, let Trendincite LLC custom-design a flavorful Middle Eastern-inspired trend excursion in New York City, a seasoned marketing presentation, a spicy newsletter or a curated retail list of Middle Eastern and Mediterranean restaurants and shops. Infuse your next event with Amy Marks-McGee as a guest speaker about food, beverage and flavor trends and ignite new product ideas.